There are a number of well known ingredients to swift career advancement. They include working hard, taking on high profile projects and of course, networking. One ingredient that many people seem to forget about however is having a boss that doesn’t hate you.

Unfortunately, until the day that you start working elsewhere, your bosses opinion of you is something that matters. If he hates you, don’t hold your breath for that next promotion.

Should you be concerned that your boss does indeed despise you, ask yourself whether you do any of the following five things.

First off, we have the small matter of talking behind your bosses back. There is nothing wrong with doing so with your friends/partner. Considering the number of sycophantic bosses out there, many people would even argue that doing so is an essential part of staying sane.

Negative mentions of your boss do not however belong in the workplace. It doesn’t always get back to your boss and it doesn’t have to. All you need is a single gossipy co worker and you’ve just seriously harmed your chances of getting that next promotion.

Everyone makes mistakes and provided you don’t burn the office down, chances are your boss isn’t going to hate you because you make one. One thing that you shouldn’t try to do however is hide your mistakes. When you do so, those mistakes tend to get bigger. The act of hiding them also tends to make you look untrustworthy.

Keeping your mistakes to yourself is therefore a very easy way to invite your bosses scorn. If you think your mistake won’t come out in the end, ask yourself how many times that’s worked out for you in the past.

Pretending You Know Things You Don’t

When your boss asks you something, there’s nothing wrong with not knowing the answer. It’s not ideal of course, but it is to be expected, occasionally. The one thing that you shouldn’t do is guess.

Saying Today When You Mean Next Week

When you say that you are going to do something, you need to actually do it. A yes and a smile only looks good when it’s accompanied by the corresponding task actually being completed.

If your boss notices that you say yes a lot more than you actually get things done, he’s going to see you as unreliable. In fact, eventually he’s likely to stop asking you to do things altogether. This might sound like a good thing but it’s usually followed by the very opposite of career advancement.

A Lack of Basic Social Skills 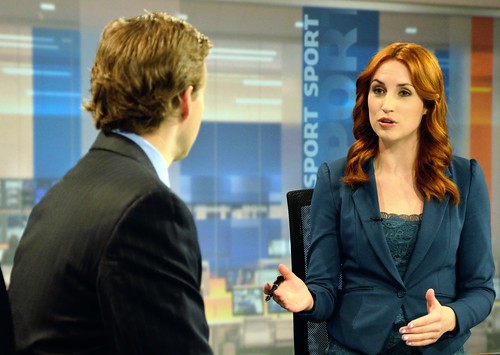 If you have a boss, chances are you need to occasionally speak to him. This is where many employees manage to get on their bosses bad side. For a start, small talk is an important part of dealing with any boss. If every conversation that your boss has with you involves long, drawn out silences, he’s going to begin to dread talking to you.

About the author: Ed Smith is a well-known job consultant based in London who regularly shares the details regarding  public relations jobs  through his blogs.